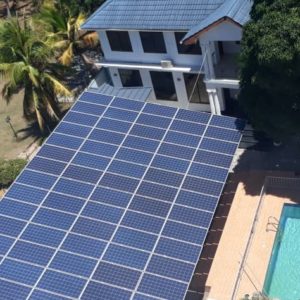 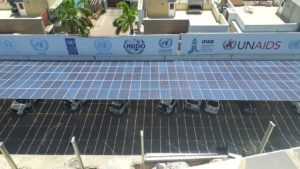 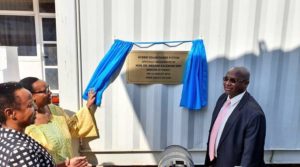 The containerized system includes 227kWp of PV roof and carport mounted and a 122.8kWh Lithium-Ion battery bank. The Solar generator is connected to the grid and to an existing diesel powergen used as back-up.

The solar system is currently the biggest solar hybrid power plant site installed in Tanzania, it’s allowing :
– 70% of the electricity consumption of the UN Building covered by solar energy
– 68 T of CO2 emissions avoided annually
– Save over $34k per year